Broadcaster and CFO Natali Morris is intentional about creating a life that matters through financial freedom, and she shares with us how she and her husband worked to make that a reality for their family by bringing her business skills home. 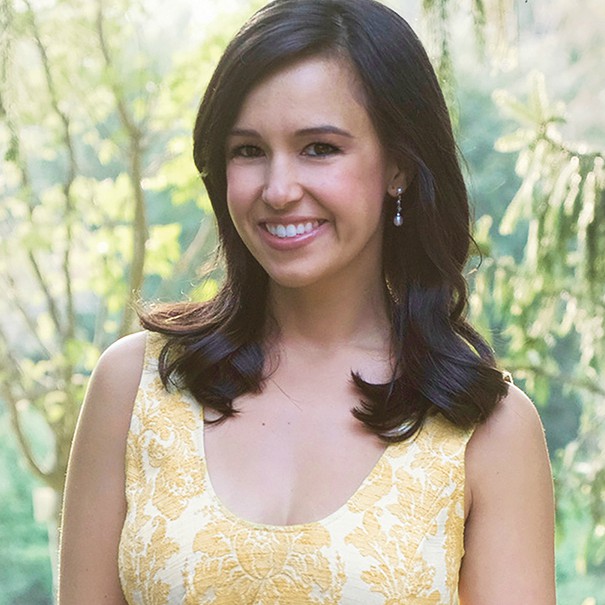 Natali is a broadcaster, writer, speaker, and co-founder and CFO of Morris Invest. She started her career working as a network news anchor and news correspondent. She had a major transition in her life when she had kids and wasn’t working full-time and needed to figure out a way to feel productive, so she became a personal finance junkie. She decided that if she wasn’t going to contribute a paycheck to the family every month, she would learn how to make the best use of the money they did have.

About 5 years ago, when she and her husband were anxiously waiting for news on whether his contract in television would be renewed, she asked him, “What if we owned enough rental properties so the rental income would match your paycheck and it wouldn’t matter whether or not they renew your contract? Then we could decide whether or not you want that job.” They labeled that income amount their “freedom number.”

They sat down together to discuss how they could become financially secure for their entire lives, without having to worry about the changes in the television industry he worked in. They set the goal of reaching that freedom number and worked on figuring out how to get there.

They hit that goal last year and her husband was able to walk away from his contract. Now both of them spend their time helping other people become real estate investors. On her personal website, Natali writes about how to run your family finances like a business, sharing all the tricks they employed to hit their freedom number. On MorrisInvest.com, she and her husband help people specifically become real estate investors no matter how much money they have, how to identify properties, how to manage them, how to set up your entire family as a wealth-building enterprise, and more.

A lot of Natali’s days are based on her kids’ schedule. It’s been especially hard this winter/spring with all the snow days and school being canceled so often in the northeast part of the USA.

Natali learned after having her kids that she needs some time to herself to start the day off well. She realized that if she waits until the kids wake her up, she feels anxious because she’s had no time to think and form her own agenda for the day. So typically she gets up an hour earlier than the rest of the family to do her work-out, gather her thoughts, and develop a plan for the day. Once the rest of her family is up, she doesn’t get to pursue her own plans until the baby goes down for a nap around noon.

Natali’s biggest productivity challenge is managing her own expectations of what can be accomplished in a day. She says she still has a part of her that thinks she’s a city girl working in New York City and needs to stay at that level of productivity. Social networks don’t help, because she sees people still living that “high-powered” city life, and she finds herself thinking she should be doing what they’re doing. Now that her only window of time to work is during her daughter’s afternoon nap, she’s learned that if important things don’t get done during that time, she has to let it go and just be present with her family.

She shared a story about a time when she realized how distracted she was letting herself get. When her first child was about 8 months old, her husband shot a video of their son doing something cute and when he panned the camera over to her, she was on her iPad, working away. That was a wake-up call. It hurt her to realize that although she was in the room, she really wasn’t present in the moment. She quoted Jackie Onassis, “You have but one chance to raise your children.” It dawned on her that she could reinvent herself in her career again, but she has one chance to be a mother to her three children and she was not going to mess this up.

Natali uses Google Calendar to keep track of her family’s appointments, activities, and commitments. For lists and tasks, she uses the default Reminders app on her iPhone, which she’s set up to include a shared list with her husband as well as a chore list for her kids.

Both Natali and her husband are trained in transcendental meditation and practicing this is an important part of her day. Natali talked about dealing with email as an example of when this practice is helpful. If you consider your email as a to-do list, you are not accomplishing anything for yourself, as they are other people’s priorities. So she sets aside a time to respond to email and write out what her own priorities are. Even still, that’s a lot of data running through her mind and she finds herself unable to prioritize them. She’s found that when she does a meditation and sits into the stillness she is able to think more clearly.

Also, with three people to get out the door in the morning with their lunches, dinner partially prepped, and maybe squeezing in a shower, she is a ball of stress and needs to ground and refocus in order to know what it is that she wants. Meditation helps her with that.

When Natali does check her email, it’s after everyone is out the door, because if she checks it before, it’s unlikely she can do anything about it anyway. She mentioned that she heard someone say incomplete tasks takes up three times the amount of bandwidth in your brain. The only exception she’ll make is on days when her children have playdates and she’s sending the school a note that they’re going home with another child.

Natali’s tips for managing your household like a business

Natali and her husband made a deliberate decision to run their household like a business. Her father is a small business owner and when she was a child he made her keep track of her finances in spreadsheets similar to the ones he used to manage his business. Since she was twelve years old, she’s understood that businesses have a balance sheet they use as a tool to determine how to grow.

After she left her job in television news, Natali employed the same skills she’d used to excel in her career, such as goal-setting, skill-learning, and teamwork, to manage her home and family. She created a balance sheet like the one her father had taught her to use, listing her assets and liabilities to figure out what she had to work with. Then she went to the library and asked herself, “What do I want to learn and how can I do better?”

In this way, she learned to build wealth, one skill at a time. This required teamwork between her and her husband–she emphasizes that this is the only way you can grow. She knows some couples don’t like to talk about money, but she encourages them to think about it from a business perspective. No business managers would say, “Oh, we just don’t like to talk about money.” If you’re not clear on your goals and values as a couple and where the money is going or how it can grow, how to build it, and both of you aren’t involved in the process, you’ll only tread water.

Natali and her husband had their share of disagreements about money because of differences of what each person valued. But they were able to reconcile those differences when they got very clear on their shared goal of reaching their freedom number. They’re also both excited about learning new skills. Natali says taking baby-steps to teach herself one thing at a time played a crucial role in getting her where she is today. For example, take one line item on the balance sheet such as an unfavorable loan that you don’t like and figure out how to get rid of it or change it to a lower interest. That would lead you to the next thing and the next and eventually, you’ll become much more competent when it comes to wealth-building.

This happens all the time for Natali since she’s outnumbered, but she tries to keep a good attitude about it. Watching some junk TV while sipping a little bit of wine helps.

What’s on the horizon for Natali?

Natali and her husband have written a book together called How to Pay Off Your Mortgage in 5 Years. They’re currently working on the second edition to include information on the new tax laws here in the U.S.

On the personal side, to celebrate Natali’s birthday as well as the fact that neither of them is working in broadcasting, the Morris family has planned to spend the coming summer in Italy.

Natali highly recommends a book that was helpful for her called The Surrender Experiment by Michael Singer, the creator of WebMD. It details how he melded the two worlds of his professional life with his spirituality and taught himself to surrender. This book informed Natali of how she sees herself and how that affects her in all areas of her life.

Do you have any questions for Natali or me? Please share them in the comments section below this post or in The Productive Woman Community Facebook group, or send me an email.

Natali Morris is a broadcaster, writer, speaker, and the Co-Founder and CFO of Morris Invest. Previously, Natali was a news anchor and technology reporter for NBC, CBS, CNET, and The Today Show. Her mission is to empower women to take control of their money and businesses and start building real long-term wealth.

After leaving a full-time job and six-figure paycheck as an NBC news anchor in order to raise a family, Natali ended up with an unexpected feeling when it came to money: powerlessness. Instead of shrinking back, she decided to run headfirst into her “powerlessness” and started operating her family’s wealth like a business.

As of October 2017, Natali’s family of five has achieved complete financial freedom due to the creative money and business decisions they’ve made, and she launched NataliMorris.com as a way to share surprising lessons learned on their journey.

This post by Natali discusses how she’s set up her balance sheet to track her assets, liabilities, etc.