Most of us don’t like conflict, but it’s an inevitable part of the human condition. It doesn’t have to derail our productivity, though–if we can find constructive ways to deal with it. 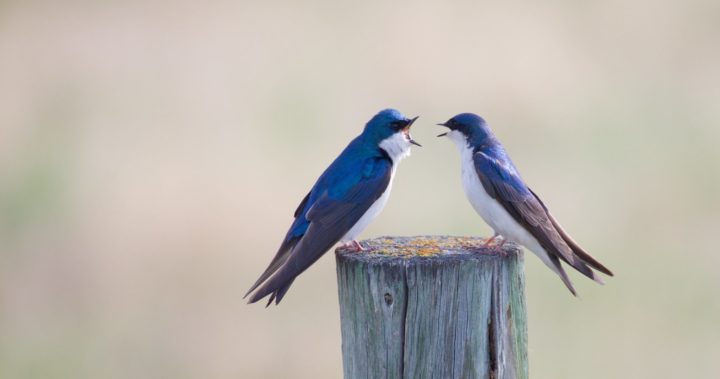 A while back, a question was raised in the TPW community about conflict and how it affects our productivity. I’m not an expert on conflict resolution, but I did some research and thought I’d share some of my findings that we can all think about together.

In the dictionary, it’s defined as a serious disagreement or argument, typically a protracted one; a condition in which a person experiences a clash of opposing wishes or needs; an incompatibility between two or more opinions, principles, or interests.

Conflict is inevitable. Humans by nature experience opposing values, wishes, or needs–both among ourselves and within our self. The effect of conflict depends on how we handle it, which depends on how we think about it.

There are differences between immediate conflict and long-term conflict or a conflict-ridden environment. Immediate conflict can sometimes pop up suddenly, catch us by surprise, unprepared, and creates that fight-or-flight response that’s hard on us physically and physiologically. Long-term conflict and being in a conflict-ridden environment wears us out and wears us down, even if we’re not directly involved.

Conflict can occur anywhere in our lives. At home, we can experience conflict with spouse, kids, parents/siblings. At work, conflict may arise with a boss, colleagues, employees, even clients or customers. This is a big issue for workplace productivity. According to one source, “Studies show that 60 to 80% of all difficulties at a company arise from the strained relationships employees encounter with each other on a regular basis.”

Even conflict that doesn’t directly involve you can still affect your productivity. According to one writer, “When conflict involves the use of ‘heavy contentious tactics,’ it can cause the individuals or groups involved in the conflict as well as individuals or groups not involved in the conflict to divert time and resources away from other needs.” This is especially true in a situation where you are responsible for others, or feel that you are.

How does conflict affect productivity?

“Conflict’s Positive and Negative Aspects” describes both negative and positive effects of conflict. Negative effects include distraction from important objectives and short and long term effects on physical and psychological health. But, the article’s writer points out, conflict can also have positive effects that can include:

In the business context, another source notes that “A recent study from MIT reveals that groups that are more likely to argue with each other (such as groups made of men and women, or people with different backgrounds) give rise to more conflicts, but also lead to 41% more productivity.”

Knowing conflict can have positive effects doesn’t mean it’s easy or that we don’t have to learn constructive ways to deal with it. But it is a good starting point for developing an attitude towards conflict that doesn’t become self-defeating.

How to deal with conflict

Manage your own thinking

We can’t control what other people do. We can only control what we do, and what we do comes out of what we think. Learning to manage our thinking, to direct it in positive and productive ways, is key to dealing with conflict in our lives.

“Research suggests that an individual’s perspective regarding conflict strongly impacts their ability to effectively address it. As our perspective of conflict charts our path for engaging and navigating our differences, our view of conflict must be balanced, realistic, and flexible. Such a perspective recognizes that conflict is a normal, natural aspect of human interaction that inevitably manifests to varying degrees in almost everyone’s life. The perspective also understands that, though conflict has potential costs, it does not have to be negative or destructive. When properly understood and addressed constructively, conflict can be managed in a way that minimizes its potential, but not inevitable, negative impacts.”

In tense discussions, it’s important to acknowledge the feelings of each party involved and use reflective language to show that they’ve been heard. Oftentimes, long-felt, harbored emotions originating from other sources can ignite miscommunications and set off a firestorm between two people. “There’s a lot of ‘he-said, she-said,’ and people getting caught up in their feelings,” shares Lopez of the emotional interactions she witnesses between her students, parents, even teachers. Her job is not to get embroiled. “You need to be compassionate and empathetic,” she says.

Source: “6 tips for dealing with conflict”

Take positive action and be willing to be the “bigger” person – not to show the other person up, but for the sake of being the person you want to be, no matter what others do.

“Make the first move toward reconciliation. Try to repair emotional damage caused by the conflict by getting the communication started again. Ask yourself, “How do I want to be viewed after the conflict is over?” (Source: “6 Ways to Make Conflict Productive”)

A few years ago, a serious conflict developed between me and a good friend. My greatest regret is that I let my emotions get the better of me and became reactive, in many ways acting in a way that’s not reflective of the kind of person I want to be. I felt like I betrayed my own integrity by letting the circumstance dictate my behavior.

How to stay productive even in the midst of conflict

How do you handle conflict, either personal or professional? Where do you struggle? What are your best tips for managing conflict and staying productive? Please share them in the comments section below this post or in The Productive Woman Community Facebook group or send me an email.

« Silence and Solitude, with Katie Krimitsos – TPW213
Get Ready for the Holidays–FREE Mrs. Meyer’s Holiday Set from Grove Collaborative »