Law professor, wife, and mom Eboni Nelson encourages us to look to ourselves to create our own happiness and success, without apology and without guilt. 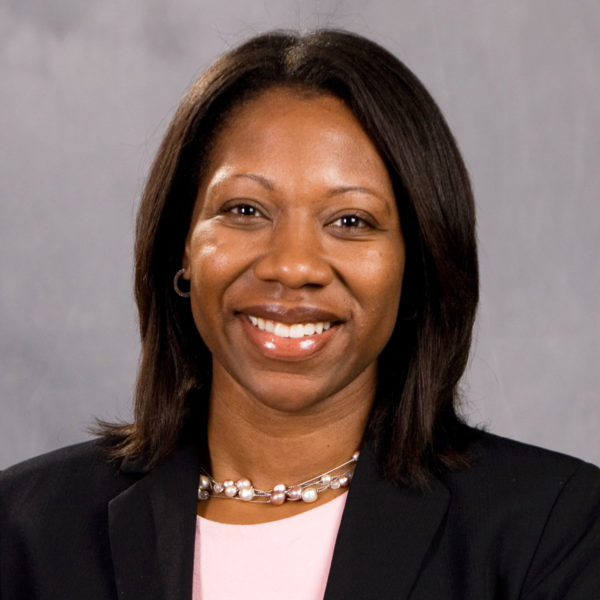 Making time for success as you define it

I was introduced to Eboni Nelson by Demetra Liggins, who was a guest on a previous episode of The Productive Woman. Eboni is a law professor at the University of South Carolina School of Law. Her passion and scholarship are focused on the provision of equal educational opportunities for minority and disadvantaged students, as well as the intersection of consumer law and education.

As a professor, she juggles a busy schedule of teaching, as well as writing for her scholarship during her summer break, while still maintaining relationships with her husband and daughter and pursuing her personal interests.

Focus on the positive

One topic we discuss in this episode is how negative criticism affects us, and how even if your receive 99% positive feedback, we tend to aim our focus on the 1% of criticism. After 14 years of evaluations from her students, Eboni has come to realize the small percentage of negative feedback she has received does not outweigh the larger amount of positive feedback.

Think about the constructive feedback, and use that to better ourselves.” ~ Eboni Nelson

Often our success is hampered more by our self-criticism than any judgment by others. We need to learn to give ourselves credit for our positive characteristics and accomplishments, even while we learn to improve.

Eboni starts her day around 6:30 a.m., wakes her daughter up and gets her ready for school. Eboni uses the travel time during her 20-25 minute commute to study with her daughter.

When she gets to work, she finds herself in teaching mode, as she generally is during the school year. During the days she’s at work, she focuses on planning her classes and preparing her material for the next day.

Eboni says she focuses on whatever she’s involved with at the moment to make sure the tasks are accomplished to the best of her ability. However, spending time to make one project “perfect” has taken away time to work on something else. As a professor working on her scholarship, she may work on an article for months, but at some point, she will have to let it go in order for it can get published.

At some point, you have to realize, ‘I put in the work … it’s time for me to let it go and move on to something else.’” ~ Eboni Nelson

How to move on

Eboni believes taking the time to built self-confidence in herself and her work helps her trust herself to get something done without trying to be a perfectionist about it — not just being able to say it’s “good enough,” but that it’s “good.” That has helped Eboni move on to other tasks and projects and use her time more efficiently.

We all deal with fear, especially with a new adventure, and that fear can lead to procrastination. But Eboni says to embrace that fear to catapult you into new endeavors, and use that confidence you’ve gained to help you. Look back at your life and recognize that you’ve accomplished things in the past, and you’re competent to do whatever new thing you’re attempting — reviewing past successes can give you confidence that you can achieve future success.

Without her digital calendar, Eboni says she would be lost. She the calendar in Outlook to keep track of her schedule and tasks. She uses this for personal and professional appointments, as well as a way to track and manage her family’s schedule and avoid conflicts.

One thing that helped Eboni during a particularly busy semester was asking for help. Eboni hired her cousin to watch her daughter a few days a week, which allowed Eboni to stay at the office later and get more teaching prep and administrative work done so she wouldn’t have to bring these tasks home. As women, she says, we may feel guilty about getting assistance. However, whatever that assistance may be — whether it’s housecleaning or help with childcare — this helps us be more effective in doing what really matters in our life.

Eboni believes whatever it is that makes you happy, you have the right to find it and achieve it.

If I haven’t allowed myself the freedom to get the assistance I need and not feel bad about it … I’m not going to be as effective as I need to be in the other realms of my life.” ~ Eboni Nelson

What happens on a day you feel gets away from you?

Sometimes, when Eboni gets overwhelmed thinking about the number of things she has to do, that’s when she has those days when nothing gets accomplished. When she feels that coming on, she takes a step back to compartmentalize and focus on just one thing, because we can really only do one thing at a time.

Even if that one thing doesn’t get accomplished, she will say “Oh well,” and realizes the world keeps revolving. Tomorrow is a new day, a new chance to start again and accomplish the things we didn’t accomplish today.

“Realize it’s you who determines what matters in your life. What is success for you may not be the same for someone else.” — Eboni Nelson

What’s on the horizon for Eboni?

She and her two co-researchers recently received a grant to help her look at the effects of affirmative action in education, and she’s excited to be able to write and speak on this.

In her personal life, she is turning 40 this year, and she is currently looking at all she has accomplished and what she hopes to accomplish in the future.

Her articles and essays regarding affirmative action in higher education, the constitutionality of race-conscious student assignment plans, and young consumer credit card indebtedness have appeared in several journals and national publications. She has also written op-eds and magazine articles for the state newspaper, Diverse Issues in Higher Education, and CNN.

In 2014, the General Assembly elected Eboni to serve on the South Carolina Commission on Consumer Affairs, of which she is the Vice-Chairperson. She also serves as the Vice-Chairperson of the South Carolina State Advisory Committee to the U.S. Commission on Civil Rights and President of the Board of Directors of Sistercare, a nonprofit organization dedicated to assisting survivors of domestic violence.

Eboni has been married to her husband, Scott, for 14 years, and they enjoy raising their 10-year-old daughter, Ella. In her spare time, Eboni enjoys playing tennis and spending time with family and friends.

Do you have questions for Eboni? Did anything she said particularly resonate with you? I’d love to hear your thoughts and comments on this episode. Please feel free to ask your questions or share your thoughts with me by emailing me, commenting on our Facebook page, or leaving a comment below.