Sephra Scheuber is working out a system that allows her to be productive as a musician, a teacher, and a student, while making her faith and her relationships a priority. 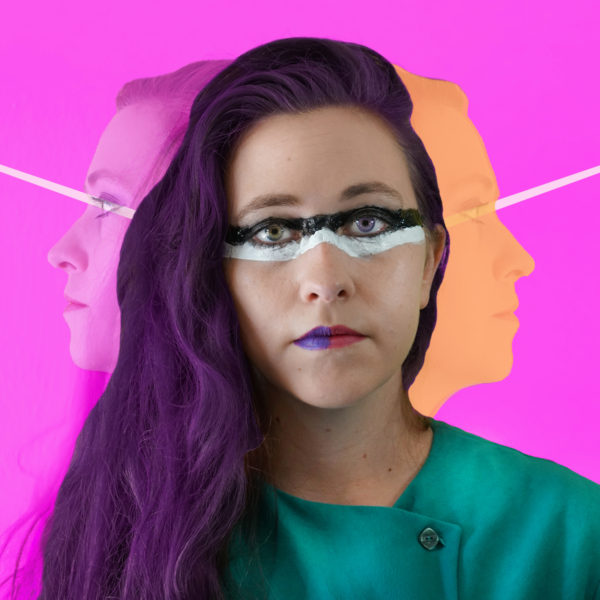 A productive musician (and more)

Sephra Scheuber is a singer, songwriter, a music producer, a student, and a university instructor. As a self-described “extreme extrovert,” relationships matter to Sephra. She says her most important relationship is with God, and every decision she makes is based upon her beliefs. She is married to her best friend, who she feels balances her perfectly, and they have a puppy named Casio.

Her husband is also a musician. Together they run Shmoe Records, which is an independent record label and production company. They primarily produce music themselves and for others who have a lot of musical talent but aren’t necessarily pursuing their music professionally. They’ve also written original songs for children’s birthdays and they just finished an album for Sephra.

Sephra is also a full-time university lecturer at the Academy of Contemporary Music in Oklahoma, where she teaches audio engineering and voice classes. Meanwhile, she’s also studying to get her Master’s Degree in experimental psychology so she can learn more about how people can use music to help their brains to function better.

Sephra tries to take care of her work obligations during the week, leaving Sundays free of work distractions. During the summer break from school, she gets up when her husband leaves for work. She spends fifteen minutes or so on her phone checking email and then she gets ready for the day. She might journal or read the Bible while she eats breakfast before heading to Starbucks or Barnes and Noble to spend the morning doing her work. She comes home for lunch, after which she’ll possibly do some recording. She tries to be finished with her work when her husband gets home from his work around 5:30 p.m.

During the school year, her morning routine is the same, but she heads to campus for classes or office hours instead of to a coffee shop.

On Saturdays, she and her husband will go out somewhere and work on homework together, or do housework, or work toether on their business.

The only thing she makes sure she does in the evening is look at what’s on her agenda for the next day. She tries to set her electronics aside and read for awhile before bed.

One of Sephra’s biggest challenges is focusing on what is truly important. It’s hard for her to determine what is most important at any given moment because all of her roles–wife, musician, teacher, student–are important to her.

Another challenge is that she is an extreme extrovert. For her, that means she needs to get out of the house by 2 p.m. every day, or she is miserable. She is more productive if she is around other people.

She also struggles with boundaries, and knowing when to say no, or knowing when she feels like she should say yes to something that is a real need.

To help Sephra with prioritizing, she learned to identify the top three things she needs to get done each day. If those are the only things she gets done, she’s learned to be content with that. Sometimes she trims her list to just one item that must get done, and pushes the rest to the following day. She’s learned to narrow her list as needed, and focus her time and energy on the most important things.

Sephra does a lot of time blocking and tries to stick to a certain time limit on specific tasks. She writes her schedule down in an app called Week Plan. It allows her to divide the areas of her life into different categories. She also uses a Bullet Journal with a page for each day; she lists her schedule with her hours on the facing page so she can see her day’s commitments at a glance. Color coding also helps her to balance her life better.

What happens on a day you feel gets away from you?

As a teacher and a student, Sephra finds it more likely that a day will get away from her in the summertime, because her schedule has less structure and, more important, less accountability. She’s found that the best thing for her to do on that kind of day is get out of her house to meditate and take some deep breaths. She spends about five minutes meditating, acknowledging her thoughts as they pop up, and then spends time praying.

If things totally get away from her, she takes it as a sign that she needs to enjoy herself a bit. Sometimes she needs to be able to go to Target or go somewhere where people are and just enjoy herself for a little while, which helps her regain her focus so she can sit down and get to work.

Sephra says it’s important to acknowledge that it’s okay to take a break. Most of the time it’s okay to push something to tomorrow. She says, “I try to give myself that flexibility to enjoy things a bit, take a few deep breaths, and remember whatever task I have to do … doesn’t determine my value as a person.”

Last Words on Making a Life That Matters

Sephra Scheuber is a graduate of Middle Tennessee State University’s prestigious audio engineering program. She has been singing professionally since the age of 10, when she joined a girls barbershop quartet that went on to win the International Rising Star contest with the first and only perfect score in the history of the competition. Since then, she has been called upon often as a backup singer for studio sessions, as well as live shows by many of her cohorts in the Nashville area. 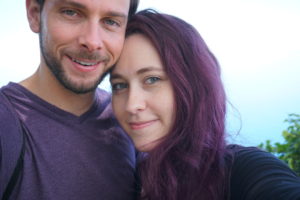 Sephra and her husband now have a professional grade home studio in Moore, where they continue to make waves by recording and producing music on their indie record label, Shmoe Records. They also have a side company called Matt and Sephra’s Songs for Kids, in which they write, perform, and produce unique songs for special occasions in the lives of children.  While Sephra is primarily a singer/songwriter and producer, she also plays many instruments, and has many passions. This past year, Sephra completed an interactive and collaborative online music project called The Schema Project, and on August 22nd, she will be releasing parts of that project in an album called Pieces of Schema.