It was an honor (and a lot of fun) to celebrate the 100th episode of The Productive Woman with Natalie Eckdahl, founder of Biz Chix, a supportive online community for women entrepreneurs. But Natalie wasn’t my guest. 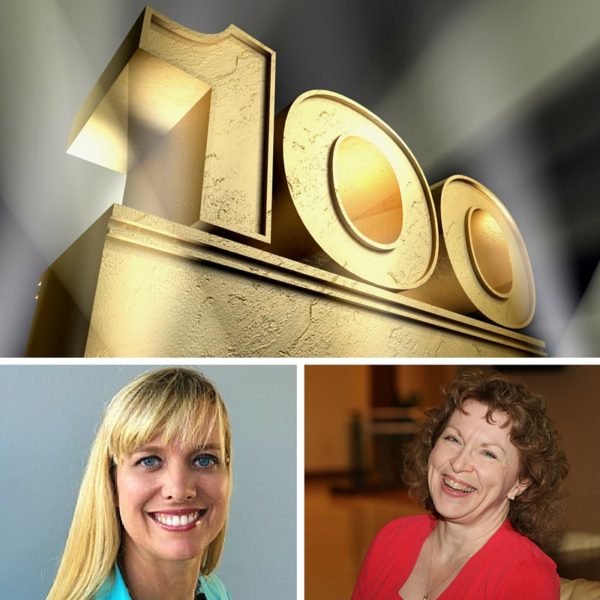 Celebrating a Productive Woman milestone with a new friend

I wanted to do something special to commemorate this milestone, but couldn’t think what. I talked to a number of friends and fellow podcasters, and several of them suggested I change things up a bit by having somebody interview me. Frankly, I was skeptical. I wasn’t sure it’s the kind of thing listeners come to The Productive Woman for. But they persuaded me, and I couldn’t think of anyone I’d rather have take the interviewer’s chair than my friend and coach Natalie Eckdahl from BizChix.com. I hope you have as much fun listening as I had recording this episode.

I want to thank you for making these last few years and 100 episodes so meaningful to me and for having me be a part of your life. (And thank you to Emily Prokop for putting the following show notes together; I couldn’t have written about myself like this!)

Laura, oldest of 6 kids, grew up all over Washington state. Her father was a log truck driver and her family moved a lot. In one school year, she went to three different schools. As a kid, Laura was a bookworm who generally stuck close to home.

I was shy and it was easier for me to hide in books than to try and go out there and socialize.” ~ Laura McClellan

Laura’s never been one to put herself out there, but no matter where she lived, she always made one or two good friends.

Laura met Mike McClellan during their senior year at rival high schools, when he came in as the bass player for a Christian ensemble she sang in. They married at age 18, less than a year after graduating from high school, and worked for a couple years before moving to northern Washington to start college. Their first child was born when they were 20-year-old college freshmen. They set up alternating class schedules. Laura attended classes in the morning while Mike cared for their baby girl. Then she’d come home and he’d head off to classes in the afternoon.

She did another year of college after the birth of her second child a couple years later, and then had a 10-year gap. During that time she gave birth to two more children, home-schooled the older kids, and taught childbirth classes.

For being somebody who thinks and writes and podcasts about productivity and is really big on having a plan, it’s not really that we have this massive life plan — we just sort always did what the next thing was. ” ~ Laura McClellan

Going back to school

One day while ironing, Laura realized she would need something to do once her children grew up and went out on their own. At that time she was in her early 30s, and the home-schooling mother of four children under 13, when she decided to go back to college and finish her degree.

Originally, she intended to major in education, thinking that would help with home-schooling, but when her husband asked what she really wanted to do, she confessed she had always wanted to be a lawyer. Her ever-supportive husband didn’t bat an eye: “Then you should be a lawyer,” he said. So at age 33, 10 years after her sophomore year of college, she went back to school, majoring in political science. Laura was the first of her family to go to college, and one of the few in her extended family to do so.

After her junior year, she started looking at law schools. With the encouragement of her faculty advisor, Dr. Kent Kirwan, and her husband, she applied to several top law schools and was offered admission and scholarships by nearly every one. In 1995, with a husband and 5 children in tow, she moved to Ithaca, New York, to start Cornell Law School at age 35.

15 years later, Laura was a partner at a law firm in Dallas. Her kids mostly grown, Laura began looking for an outlet outside the law practice, a way to perhaps help other women pursue their own dreams. Laura had followed Michael Hyatt’s blog, and began listening his podcast. She found herself thinking podcasting might be something she’d like to do.

After learning about Cliff Ravenscraft (known as the Podcast Answer Man) on Michael Hyatt’s podcast, Laura took the plunge. She signed up for Cliff’s Podcasting A-Z course to learn how to podcast. The first assignment required her to choose the topic and the audience she wanted to speak to. After years of studying productivity, the topic was easy. And for many years her passion had been to help other women, so the target audience was a no-brainer.

Cliff’s course took her through the process of setting up the recording equipment all the way to recording a sample episode. The equipment part was easy for Laura. Since Mike is a musician, she just raided his gear for the equipment she needed, and he composed and recorded the show’s theme music. With the help of Cliff and Mike, by the end of the 30-day course, she was ready to launch.

For six months she stalled. She found many reasons (excuses) for why she wasn’t ready yet: too busy with work; family events intervening; and on and on. The truth was, she was simply terrified to put the show out there, afraid people would think she wasn’t qualified to teach them anything. In short, she was a victim of Impostor Syndrome (which she later talked about in Episode 63).

Finally, she took a deep breath and recorded and published Episode 0, briefly sharing her vision for The Productive Woman.

Once she recorded that episode and promised her (then nonexistent) audience she would be back next week, she didn’t want to disappoint, so she recorded the next episode, and then the next, and 98 more after that. It’s become one of the most rewarding things she’s ever done.

I never imagined, in my wildest dreams, what this podcast would become and what it would mean to me, or that people literally all over the world would be listening and sending me emails telling me ‘I found your podcast, and it’s helping me.’” ~ Laura McClellan

Still practicing law full time during the days at a large international law firm, Laura spends her evenings researching and working on ideas for new episodes, which she generally records on the weekends.

After podcasting for several months with little to no feedback or reviews, she was beginning to get discouraged. But she then got an email from a listener saying she appreciated the podcast, which was exactly what Laura needed. Two years later, feedback from listeners helps encourage her to keep going.

As part of her education about how to create a quality podcast, Laura listened to Daniel J. Lewis‘s podcast, The Audacity to Podcast. When she met Daniel in the hallway at Podcast Movement 2014 (a conference for podcasters), he was happy to be able to thank him in person for what she’d learned from him online. To her surprise, once he found out about her show, he asked if she would be interested in joining his network. Daniel’s support and encouragement have been indispensable in Laura’s podcasting journey.

From the very beginning, Laura’s goal in starting The Productive Woman has been to create a community of women with the desire to make meaningfully productive lives. As part of that mission, she recently began hosting private mastermind groups. These are small, paid, facilitated mastermind groups that meet weekly via video conference to encourage and support each other in pursuing their goals. Between meetings the mastermind members continue the conversation and support via a private Facebook group. (If you’re interested in learning more or joining, please email Laura for more information.)

Feel the fear and do it anyway

Even though The Productive Woman has reached episode 100, Laura still struggles with impostor syndrome. She gets nervous when faced with a new venture, but when she feels that hesitation, she reminds herself of the times she’s felt that fear in the past but pushed through it–like that first day going back to college, or the first day she walked onto the Cornell campus. She knows the hardest part is that first step, and once you get past that, it gets easier. Her mantra at those starting times is, “I’ll be fine once I get started.” And she almost always is.

Where to find Natalie Eckdahl 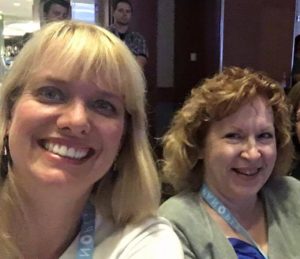 Thank you so much to Natalie for her support and encouragement, and for helping me celebrate the 100th episode of The Productive Woman.

Host of the very popular Biz Chix Podcast, Natalie Eckdahl has appeared in numerous interviews sharing her own entrepreneurial journey and details of her life, her family, and her businesses. Natalie has an MBA and is a former management consultant.  She is the mom of 3 and runs two online businesses with her husband, Mark.

For more information about Natalie Eckdahl, visit her website.

You can help grow this podcast and The Productive Woman community in a number of ways: