You may remember Julie Sheranosher as one of the co-hosts on a previous episode of The Productive Woman when I took part in an international conversation about “Productivity Your Way.” This time, Julie and I talk one-on-one about her strategies for managing time and energy to create a productive life. 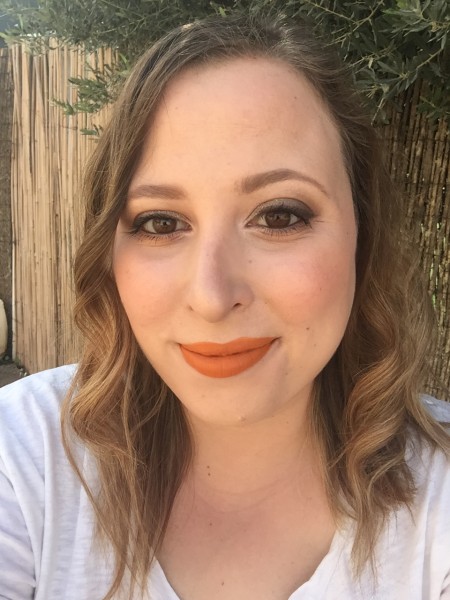 Julie, who lives in Israel next to Lake Galilee, served as a Captain in the Israeli Defense Forces. Trained in computer science, she became a team leader who worked on two top secret teams. Her typical work day lasted 18 hours.

When she herniated a disc in her back, though, she was told to reduce her work hours to 4 per day. She did reduce her hours, but to 9, instead of the prescribed 4. She noticed things began to fall through the cracks. When lives are at stake, that was a big deal.

After herniating two more discs, the doctors told her unless she immediately cut her work day to 4 hours, she would be in a wheelchair by the time she reached her 30th birthday. Transferring to a post that required fewer work hours wasn’t an option, so she explored the idea of terminating her contract with the Israeli military. That, she learned, wouldn’t solve the problem, because by the time her request had worked its way through the approval process, her contract would have expired anyway.

She had to find a way to do her job productively, and she did. Her studying and implementing productivity best practices paid off in multiple ways. By the end of her service, she had been promoted three times. Her team won every award offered by the military. She began doing workshops on project management for other officers. Before she was released, her productive service was so valuable the military offered her a new contract that would obligate her to no more than an hour a day in the office.

From those experiences, Time Hackers, her business, was born. She writes, podcasts, and coaches about productivity.

Julie lists her two biggest challenges as separating work from life and being able to move on from an unfinished projects.

As someone who works from home, it’s more difficult to simply turn off her brain when the workday ends. She also doesn’t have the transition phase of leaving the office.

If she gets into a project or task and her alarm signals it’s time to stop and move on, it’s difficult for her to let it go, even though another 5 or 10 minutes will not make a difference. But she’s learned that if she pushes through, trying to get that task 100% complete, it throws off the rest of the day’s plan.

Julia was also diagnosed at a young age with Fibromyalgia, which causes painful inflammation in joints and muscles. Julie says it used to interfere with her life; from one day to the next she wouldn’t know if she’d be able to get out of bed. But through thoughtful planning and adhering to her plan each day, she has found she doesn’t add additional stress to her life.

She’s learned to be wise about the use of “extra” time. In the past, if she completed her tasks for the day and found herself with an extra hour, she would try to get ahead because she worried that the next day would be a “bad” one physically and she wouldn’t be able to get much done. She soon realized, though, that those unexpected extra hours are often better used for rest, because she would end up feeling sick the next day as a result of overworking.

What’s on the horizon for Julie?

Julie plans to do more public speaking on productivity in Israel. She’s also hoping to publish a book in the coming year.

She is also planning to launch a service for people who have great ideas, but don’t have the time or willpower to make them happen. Her service will make those ideas come to life. And she’ll continue working with amazing and interesting people to make that happen.

Julie Sheranosher helps people to achieve their highest, most desirable goals through hacking their time and resources. She is the host of the Time Hackers podcast, the author behind ImJulie.com, and the coach of those who are no longer willing to live mediocre lives. Let’s create the lives you were meant to live – together!

Do you have any questions for Julie? What resonated with you?  Please feel free to ask your questions or share your thoughts by commenting below or on the Facebook page or sending an email to me.