How can we influence our spouses, and others close to us, to be more productive, and why would we want to? 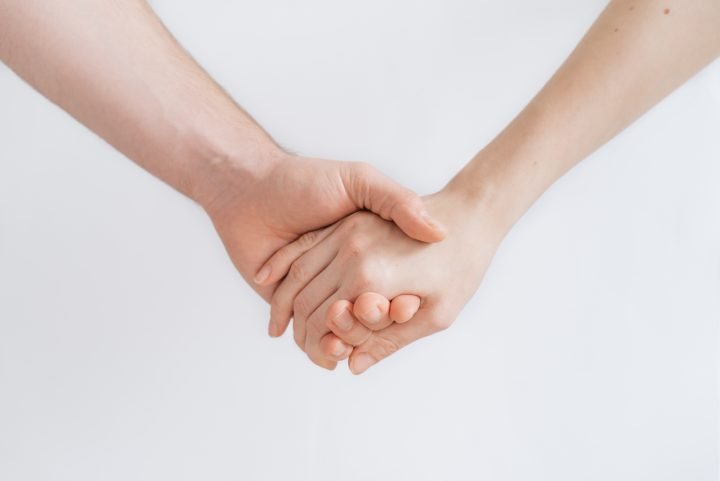 Others have raised similar questions with respect to kids or co-workers. We did talk a bit about raising productive kids in Episode 156, so check that out. We touch on that in this episode, but the focus is on our spouse or partner. I think a lot of this also applies to others in our lives, not just our spouses.

What’s the issue if your family members are not as productive as you are?

“One thing we can all agree on is that we are also affected when those around us are unproductive and inefficient. Whether it be a co-worker or a family member, their productivity is usually tied to our own.”

How to Help Other People Become Productive

It’s important to consider what it means to you when you say a family member (or other person close to you) is not as productive as you wish them to be? Is it that they’re not accomplishing enough in the sense that they aren’t being their best self? Or does it mean they’re not pulling their fair share of the load or perhaps even making it harder for you to be productive in the way you want to be, by making more work for you? The attempt to influence them toward greater productivity starts with understanding why you think you need to do so.

How to effectively get what you’re looking for

Defining for someone else how they show caring or even what’s an acceptable way to show it is problematic. This is a subtle demand for proof of love, and I wonder how productive that is. I do believe love calls for action rather than just words, but people have different love languages of how they express and receive love. I recommend  The 5 Love Languages, written by Gary Chapman, to learn more about this.

Saying (or thinking) this also diminishes or dismisses the things he does do. This is something I have to remind myself if Mike doesn’t do certain things I wish he would. Rather, I have to think about all the things he does do and how hard he works. Just because he doesn’t do it the way I would doesn’t mean his way is wrong or that he doesn’t care about me. As one writer puts it:

“I used to take his faults personally; his dirty clothes on the floor were an affront, a symbol of how he didn’t care enough about me. But thinking of my husband as an exotic species gave me the distance I needed to consider our differences more objectively.”

What Shamu Taught Me About a Happy Marriage

So much of the difficulty surrounding another person’s productivity is in our own head. It’s important to examine our expectations and our interpretation of their actions or lack thereof.

Do some deep thinking about the assumptions and expectations behind your wish for your husband or children or roommate or anyone else to be “more productive.” Is it that you’re carrying too much of the load and you’re asking them to step up, or is it that they’re not spending their time the way you think they should? If it’s the latter, don’t we each get to define productivity for ourselves?

What is motivating you? People generally respond better when they feel you’re looking out for them, that you’re motivated by their interests, not just yours.

This perspective needs to be evaluated very carefully.

Do unto others as you would have them do unto you. How do you feel when someone else tells you what you should do? When you find yourself thinking this way, evaluate it carefully, because there isn’t much peace to be found in focusing on what other people do or don’t do or should do. We can’t control anybody else; we only control our own minds and actions. (For me, that alone is a full-time job.)

What can we do to influence our spouse (or anybody else) to be more productive?

“Understand what’s causing the lack of change. Behavioral patterns are very rarely end-games in and of themselves. There’s usually something deeper sparking the drive to act in the same way over and over again. For example, if your boyfriend parties every night – staying up late and drinking lots of alcohol to his own detriment – there’s something more to this than him simply being “immature.” Telling him to “grow up” will not compel him to change and, even worse, it’ll likely drive the two of you apart.Instead, ask him what he’s getting out of partying. “Are you doing it to relax?” “To relieve some anxiety?” “To avoid responsibility?” Come from a place of really trying to understand the drive behind the behavior before even attempting to change the behavior.”

5 Ways to Get Your Partner to Change

Don’t be a boss or a nag. Lead without announcing you’re doing so (TPW Episode 264 – Taking the Lead)

“Transformational leaders aim to enhance the motivation, morale and job performance of followers by working with teams to identify needed change, to create a shared vision and to guide through inspiration.” Another writer said that transformational leaders “are not just concerned about helping the group achieve its goals; they also care about helping each member of the group reach his or her full potential.”

Be open to accepting a different result. Maybe they won’t do it exactly the way you want it, but can you accept their way of responding or doing things?

If the issue is that his approach results in negative consequences–for example, missed appointments because he doesn’t use a calendar, or clothes not being in the laundry because he leaves them elsewhere–let him deal with those consequences. If you always step in and “fix” the situation, he will never feel the pain and thus never have any motivation to change his approach/habits. Also, you might resent him, and there’s no good that comes out of doing for someone else and resenting. (This totally applies to our kids as well!)

Don’t manipulate, but understand human nature. This goes back to communicating in a way that the other person understands. There are great suggestions in an often-quoted New York Times article titled What Shamu Taught Me About a Happy Marriage, by writer Amy Sutherland. She writes about what she learned from animal trainers that helped her in dealing with frustrations about her husband’s behavior.

You get what you reinforce. It’s better to ignore unwanted behavior rather than attempt to “retrain,” because for most of us, even a negative reaction is better than nothing at all. If a behavior provokes no response, it typically dies away.

“Providing praise every time he does something you like means he’ll probably do it again. . . . Complimenting and appreciating desirable behavior is one of the best ways to get more of what you want, especially in long term relationships. So . . . next time you’re about to blow a fuse because he once again forgot that wet towels need to actually be hung in order to dry, [the] research suggests taking a deep breath, hanging it yourself, and letting it go. Then when he does it himself, vocalize how happy that makes you. He’s still getting attention, just of the positive variety that’s more likely to be received, rather than ignored.”

Keep in mind these approaches can all apply not only to your spouse but also to kids, roommates, even co-workers.

Talk to other women whose families seem to run the way you’d like yours to. You might find out all is not as you imagine it, but you might also get some tips and ideas.

What do you want most of all? There is a balance between “helping” or encouraging the other person’s growth and preserving the relationship. This goes back to recognizing the fact that we cannot change other people. We can influence them positively through the approaches we take. Think about how much the cost is to you in terms of the relationship to try to get them to change. Sometimes it’s better to accept them for who they are and develop our own workarounds for the good of the relationship.

Is your spouse (or your kids or roommate or co-worker) less productive than you’d like? How do you deal with that? Share your thoughts in the comments section below this post or in The Productive Woman Community Facebook group, or send me an email.

Thank you to UCI for helping me bring content to you at no charge. The University of California Irvine Division of Continuing Education is here to help us achieve goals that involve additional education. They offer 60 convenient certificates and specialized studies programs on campus and online in a wide range of categories from business to IT, healthcare, finance, and law. Fall quarter is coming up and registration is open! Visit ce.uci.edu/TPW to learn more. Enter TPW for 15% off one course. (Winter registration opens on October 25, and this offer expires December 31, 2019.)