How does your mental health affect your productivity and making a life that matters, especially if you are made to feel that you have to conceal your true feelings? Join Scout Sobel and me in this latest episode of the Productive Living series as we talk about feeling safe in your emotions, living in alignment, and going after your dreams. 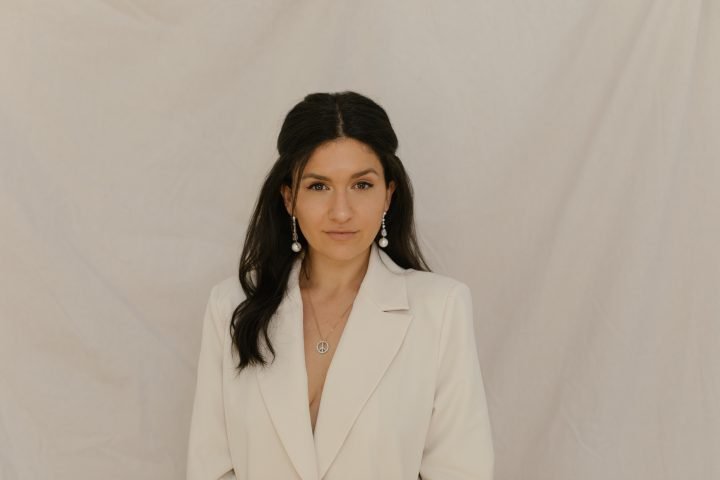 Scout Sobel is the CEO of Scout’s Agency, host of the Scout podcast, co-host of Okay Sis podcast, and author of the new book, The Emotional Entrepreneur. Scout lives in San Diego with her husband and princess Pomeranian and enjoys journaling, reading, having Happy Hour with her friends, and watching Parks & Rec and Jurassic Park.

Scouts journey to who she is today

Scout’s entrepreneurial journey began with many different iterations until she got to where she is today–and who she is today wasn’t even possible until she discovered podcasting. Each step she took along the way was important, though, and had an impact on who she is.

Scout had her first depressive episode when she was 14 years old (although she remembers feeling some symptoms between the ages of 4 and 6–behavioral problems and social isolation) and was formally diagnosed with bipolar disorder Type Two at the age of 20.

Her mental health journey has had many iterations and symptoms, including depression, anxiety, hypomania, catatonia, psychosis, paranoia, and suicidal ideation. Upon receiving her diagnosis and being deemed as nonfunctional by her doctors, she dropped out of college due to an inability to function in today’s society – a theme that would play out in her early twenties as she quit every minimum wage job, internship, or program she started. During this time she also participated in outpatient programs and tried different medications.

Although Scout has been a functioning member of society since her mid-20s (and she is now approaching 30), it’s only been within the last year and a half that she has finally felt safe and comfortable with her mental illness and all the emotions she experiences. She feels grounded now and no longer views her mental illness as her enemy, but rather her guiding light.

When Scout speaks about her mental illness, she is often admired for her bravery and strength because it’s not easy to talk about. She understands there is a shame and stigma around mental illness (and when she was first diagnosed there was very little social media) but she never felt for one minute that she shouldn’t share her story. She shares it openly and with pride because her mental illness is a part of who she is.

Scout’s advice for someone who is experiencing hopelessness

In that moment, he showed Scout that she was actually in control and had the ability to have hope, faith, and gratitude, rather than exist in a victimhood mentality and let other’s opinions influence her. After losing so much already, she knew she didn’t want to lose him–so she added hope, and with that hope, Scout began attending support groups, reading every self-help book she could find, expressing gratitude, and developing a prayer practice.

If you are someone who is feeling hopeless, it’s likely because others have put parameters around what you are capable of doing with your life. Those parameters are false limiting beliefs and narratives that you don’t have to adopt. You can learn to show up for yourself even when it’s hard. You have to be willing to put in hard work over time and to accept the cards you have been dealt.

Feeling safe in your emotions

“Feeling safe in your emotions” is the ultimate mantra in Scout’s life. When we are uncomfortable in our emotions, such as with anxiety, it can be painful because we don’t feel safe in that experience. Scout has learned to really feel her emotions, without negating them or making them feel wrong, while also feeling safe in what she is feeling. This allows the emotions to pass much quicker.

Scout read a book by Glennon Doyle called Untamed, in which she says the phrase, “I can’t take it anymore” only to realize that she could still take it again and actually was taking it time after time. This totally reframed Scout’s feelings about her emotions because when she felt that initial pain and felt like she couldn’t take it anymore, she realized that she really could. She could survive the pain. She began to write down the phrase, “I am safe in my emotions” on notes all around her and when she was anxious, she would write it over and over again. After a couple of months of meditating on this, she really did feel safe because she had mental evidence that she could survive. She could deal with emotions with a beautiful trust instead of a chaotic energy.

What does it mean to be out of alignment?

In Scout’s book, one of the phrases she uses several times is “out of alignment”. Being in alignment means being in flow and for Scout it’s an internal indicator that what is being done is of the highest purpose, in relation to one’s interests, belief systems, and purpose on this planet.

When Scout is in alignment she feels light and happy and energetic. She has no restrictions and can put her whole self into a project without feeling drained.

When she is out of alignment she feels tired and drained and irritable. She can also be more selfish and let her ego get in the way.

Scout’s bipolar disorder is constantly challenging her alignment, causing her to continuously confirm that she isn’t taking on too much or doing the wrong things. When she isn’t making decisions that are in alignment with who she needs to be, she will always self-destruct.

Being in alignment should be the highest vision we have for our lives because we know we are living in our purpose. We need to discover what our “zone of genius” is–what excites us and lights us up. We will still have challenges in our lives, even when we are in alignment, but the challenges are worth walking through.

Scout’s new book is the ultimate emotional guide for entrepreneurs or anyone who is looking to build their life to the best of their ability or manifest their dreams. She wrote it because as she became more successful with her agency, she realized how emotional of a journey and experience it was. It highlighted her strengths and weaknesses and put them on full display.

Scout became successful because she persevered through every emotional challenge that came her way. She realized very early on that entrepreneurship and business is not just a game of strategy, but also of being able to handle the emotional challenges that will come your way in pursuit of growth.

Scout noticed that so many women were not pursuing their dreams for fear of putting themselves out there and being unable to handle the emotions of uncertainty. Scout’s book has 25 lessons of emotional mindset that she has acquired by living with bipolar disorder and overcoming emotions that came with building her business.

In the book,  Scout refers to failure as a “beautiful mentor”, meaning that instead of failure being about impending doom, failure is instead something that we all experience and can learn from. We should not be ashamed of it.

We take failure so personally but Scout says to instead consider it a guide that will let know when you’ve taken the wrong direction and steer you towards the right one. Failure will get you closer to success.

You are never a failure if you learn from something that didn’t work and use those teachings to add more color to your life. ~The Emotional Entrepreneur

Scout’s book also includes sections on ways to cultivate self-worth, tools for maintaining a healthy and productive life, including morning and evening routines, and other greats tips and insights.

What does “making a life that matters” mean to Scout?

To Scout, this means that she is simultaneously grateful for her life while also giving back to others as a collective. When she first started Scout’s Agency, her perspective was narrow, focused on supporting herself with a business she created. As the agency started to grow and become successful, Scout was able to shift her focus more to how she wanted to convey all she had learned to others to improve their lives. Making a life that matters means being in alignment inside so you can share that alignment with others.

What do you do to get back on track on a day when everything gets away from you?

Scout has these days all the time and when they occur, she first acknowledges that she is having a bad day. She reminds herself that it is temporary and that in order to survive she has to experience it. Depending on the level of overwhelm or stress, she may need to fit in some more self-care, meditate more, read an inspiring book (fiction, not business), or even get outside. On bad days Scout doubles down on self-care and intentional rest rather than just numbing out. When she focuses on herself, the day and feelings pass each time without fail.

Scout’s last words for the listener

What do you think? Questions? Comments?

Do you have questions for Scout or me? Please share them in the comments section below or in The Productive Woman Community Facebook group, or send me an email.

Tell a friend about The Productive Woman podcast. Share an episode using the social sharing buttons at the top of this post, and consider leaving a review in Apple Podcasts.

Thank you to our sponsor, Calm

If you’d like help in addressing anxiety and improving your sleep, remember that Calm is offering a special limited-time promotion of 40% off a Calm Premium subscription at ​CALM.COM/TPW. That’s 40% off unlimited access to Calm’s entire library of guided meditations, sleep stories, and more, and new content is added every week.