How does the definition of productivity change from one season of life to the next? Recent retiree Vicki Judd shares some thoughts on making a life that matters during the changing seasons of life. 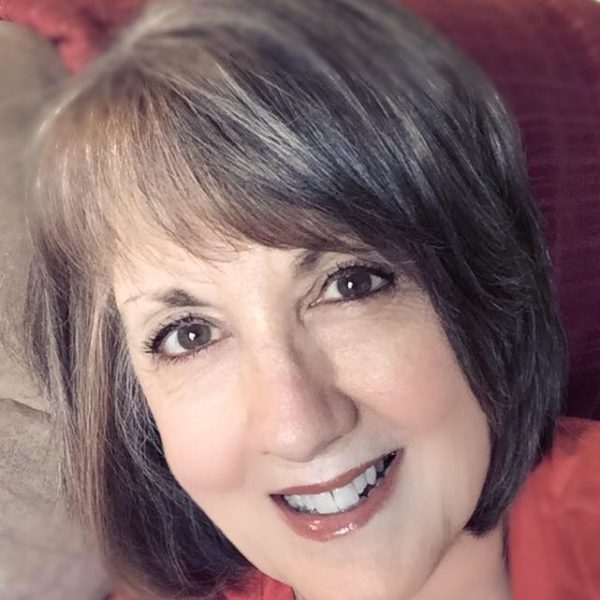 Retirement and productivity in the next season of life

Vicki Judd is a gifted musician, an ordained minister, a wife, a mom of 4 adult kids, and a grandmother of 10. She is also a long-time friend and inspiration to me.

Vicki is at a different stage in life than many of our guests. Since she and her husband retired in the past year, they generally wake up naturally with no alarm clock, usually between 6 and 7 a.m. She likes to start her day with an hour or so of quiet time to read scripture, journal, and read articles. It’s important to her to reserve that time for reflection and preparation for the day.

Her days vary quite a bit depending on whether she’s staying home, visiting with family, or involved in some event or activity. While some days are busy from morning to night, others are very quiet. Since her retirement, she enjoys not having the big pressing things to worry about on a day-to-day basis.

Vicki was born and raised and has lived nearly her whole life in the same western Washington community. She always longed to explore other parts of the country, though, and after retirement, Vicki and her husband traded in their house for a travel trailer. What was at first going to be a summer of traveling in the trailer stretched out longer and longer, and they ended up renting out their house and living full-time in the travel trailer.

As you might imagine, having basically raised her family in the same house, they had accumulated a lot of belongings, many of them tied to precious family memories. Once she began downsizing and storing her things in preparation for travel, though, she realized she didn’t miss much of it. Vicki calls it “forced simplicity” that she didn’t imagine enjoying at first, but now has come to find it’s helpful for her and her husband. She very much enjoys the freedom that comes with having less stuff to deal with. (For more thoughts about decluttering and simplicity check out episodes 188, 83, 37, 16.)

Vicki also found that dealing with her late parents’ possessions was emotionally challenging and she didn’t want the same thing for her children when she passes. Vicki recognizes the emotional weight of keeping certain objects and memorabilia, and her way of keeping the memory alive while letting go of the object is to take a picture of the item and maybe journal about it and the memories it evokes.

Vicki’s thoughts on this reminded me of the ideas Courtney Carver shared in our conversation in episode 169 and in her wonderful book, Soulful Simplicity, which I discussed in episode 182 as part of our recurring Productive Reading series.

(Other ideas for saving memories without hoarding memorabilia can be found in episode 105.)

Did you have a routine or a system in place to manage the demands of your busy life?

In the years before retirement, Vicki not only raised her four children successfully, but she was also active in her church and community.

To manage the commitments of that stage of life, she focused on her priorities, in which family and the home played a major role. She didn’t necessarily follow a fixed productivity system, but she did maintain a family calendar to keep track of all her kids’ activities. She also had the resource of living near her parents, who could help with shuttling her children to their various activities and events.

Vicki found it helpful to acknowledge that sometimes things go wrong and plans fall through, and she advises us not to let those things stress you out or derail you. At the moment, it may seem like a crisis, but reflecting back, Vicki realizes it wasn’t as big a deal as she might have thought at the time.

Vicki says she’s not a high-capacity person, like those who get more done in a day than another person gets done in a month. And she’s learned to be okay with that. She knows she has a hint of perfectionism, which goes hand-in-hand with procrastination because, she says, “if you can’t do it perfectly, you put it off until you have to do it.”

Vicki knows she’s also not a fast mover because she spends a lot of time thinking and planning rather than doing. She finds it helps to use a daily planner, but still found a challenge to just get started. She now uses a planner called The Sacred Ordinary Days Liturgical Planner, which is a combination of a daily planner and a liturgical calendar that includes holy days. She finds it gives her a rhythm for life, not only in what she does but also who she is in the world in relation to others.

She finds the planner’s priority list helps her, especially with the idea of intentionally leaving herself spaces for rest between her big projects and plans. That reminder for rest can help rejuvenate us to allow for more productivity, instead of rushing from one priority to the next.

One book that has helped her to find these periods of rest useful is the book Margin by Dr. Richard Swenson, who found people displaying physical symptoms related to stress because they weren’t leaving time for rest and finding a balance between getting things done and productivity.

The planner also provides a page at the end of each week with space to reflect on different areas of her life and then to set intentions for the next week. She tries to incorporate this into her daily routine before she goes to bed.

She also recommends David Allen’s book, Getting Things Done, which encourages the use of categorizing everything in order to help organize our priorities, tasks and projects, and even letting certain things go.

In the lead-up to a recent family wedding, when it became clear things weren’t going to play out as planned, she realized she had a choice to either freak out and shut down, or else come up with an alternative plan. She gave herself permission to say, “Okay, this isn’t working, so what can we do now?”

The reality, she’s found, is that in most situations, even though everything appears to be falling apart, it’s not. You’re going to make it and when you look back, it may not matter as much as you thought it did at the time.

What’s on the horizon for Vicki?

Vicki has recently changed the direction of her blog to focus on her perspective from reaching the retirement stage of life. She wasn’t really sure what to do when her job ended and her children were grown, but because of her knowledge and experience, she’s discovered has much more to give and she’s taking advantage of these productive years.

She’ll continue to travel and take trips with her family and move to warmer weather when the weather in the Pacific Northwest gets colder.

She recommends taking the time to examine your life and think about your legacy and what you want people to say about you in this life. Base your decisions on productivity on that and how you want to be remembered at the end of your life.

Do you have any questions for Vicki or me? Please share them in the comments section below this post or in The Productive Woman Community Facebook group, or send me an email.

Vicki Judd has held many titles in her 62 years–daughter, wife, mom, friend, piano and voice teacher, accompanist, ordained minister, staff pastor, and mentor to name a few–but her favorite title is Nana. Vicki loves to invest in people and help them achieve their full potential. She is a graduate of the Assemblies of God Theological Seminary in Springfield, Missouri.

Vicki and her husband David have recently retired and are enjoying travel adventures and spending more time with their 10 grandchildren.