Jana Arellano has made more than one big move in her life. Her next move is helping other women develop the confidence to make their next move. How she makes it happen is the subject of our conversation. 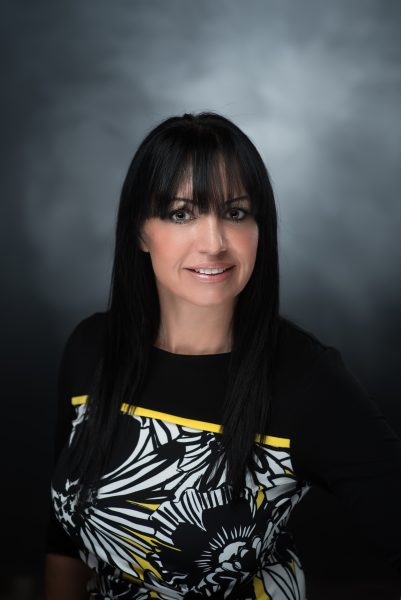 Jana is a healthcare professional with over 15 years in Radiation Oncology. She created her organization “Her Move Now” as a platform for women to learn from the experiences of other women, build relationships and confidence to make their next move. Jana currently holds a position as Administrative Director for a healthcare organization. She is a Co-treasurer for the Greater Riverside Hispanic Chamber of Commerce and serves in several positions for the local Toastmasters organization, and she is working on her second Master’s Degree in Healthcare Informatics. She is a mom to 3 children and a grandmother to two beautiful girls.

As Jana progressed in her career, she realized public speaking was a weakness, to the detriment of her career. At a manager’s meeting in Las Vegas, Jana was given an opportunity to speak in front of the audience. She was so nervous that her knees literally started to shake, to the point where people in the audience noticed it.

She came home and went to a Toastmasters meeting because she was determined to work on this skill of public speaking, and this effort has changed her life. She not only learned public speaking skills but began to build the confidence to speak up in different aspects of her life.

With that newfound confidence, she began to train and teach healthcare organizations on leadership. From there, her next move was to launch her organization, “Her Move Now,” where she brings in women to learn from other women

Once Jana is up in the morning, she gets herself and her child ready to leave for work and school. After dropping off her child, she’ll spend the rest of the day working, and reverse the order once her workday is over.

Along the way, she created systems to make things efficient in her life. She would ask herself questions regarding her lifestyle so she could build her life around her answers. She took her training and experience with standardization systems and efficiencies in radiation oncology and transferred it into her life.

Because Jana’s son is autistic, Jana had to become accustomed to using checklists and doing things the same way every single day. Working with her son’s therapist, she taught her son how to get ready and get things done. It really is about doing the same things in a standardized way every single day because one change in her son’s routine will result in him having a complete meltdown. So her son knows the sequence of activities he must do to get ready for school each morning.

Jana has routines in place to make each week easier. She will pack a week’s worth of lunches on Sunday nights, and choose outfits for each day of the week and hang them on hangers so she can just grab and go rather than spend time figuring it out each morning.

Pre-planning is another method Jana learned to implement in her life when she changed her career completely and went through a steep learning curve. She chose a job that was in alignment with what she was doing at “Her Move Now.” Instead of having to learn a completely new set of skills, she took stock of what skillsets she would need to learn to make “Her Move Now” successful and took a job where she could learn those skills and carry them over to her own business. She incorporated a lot of the tools she uses in her business, such as the Join Me App or Smartsheet, a project planning tool, into her personal life as well so that she could streamline the ways she manages both her home and work life.

“Her Move Now” is a platform for women to learn from other women’s experiences to inspire women who are looking to make a move in their lives, whether it be personal or career changes, but are held back because they lack the confidence to do it. The women who speak at the “Her Move Now” event have made a move and share how they did it, and the women who listen to these stories are encouraged and inspired to do it themselves.

The organization was born out of Jana’s own experience of being a newly-divorced single mom. Her older children had left the home, and she was without a real friends group, so she found herself in a position where was alone and had to reinvent her life again. From being involved in the different organizations, she started meeting other women who were also struggling with confidence. The next thing she knew, she had a solid group supporting her in her everyday life.

She wanted other women to experience this support through networking and friendships, and “Her Move Now” was born out of that desire. Right now, the physical events take place in Jana’s local area, but she launched a podcast called “Her Move Now” to take it more digital.

Jana’s biggest challenge is trying to fit everything in a limited amount of time. Saying no to activities that aren’t as productive is her #1 way to deal with this challenge. She’s also cut out activities that other people can do for her, such as grocery shopping; InstaCart is her new best friend.

Jana used to be a paper planner-girl because she is a notebook junkie, but she realized it isn’t the most efficient way of managing things and it doesn’t keep her aligned, so she merged her personal systems into Microsoft’s calendar app, which she uses for work.

Her most important tool is the acknowledgment that she needs help and the willingness to accept it when others offer. Before she made her job change 3 months ago, she was running an entire cancer center with a lot of responsibility riding on her. Her mother noticed how hard she was working and helped out with Jana’s laundry for awhile.

Also, She subscribes to delivery services for shakes so she doesn’t have to spend the time chopping up vegetables.

Self-care is also very important to Jana. Twenty years ago, she was a lot heavier than she currently is. She successfully got the weight off and maintained it. Now going to the gym is an important part of her day. To keep things efficient, she goes to the gym that is close to her son’s school. She works out while he does his homework. She also converted her garage into a home gym.

Spending time with her friends and family is important to her but time is limited, so to make it easier she lives a block away from her family. She spends time with her friends by participating in activities run by the organizations they’re all a part of such as the Hispanic Chamber of Commerce.

Jana definitely has those days. Between her son’s meltdowns and the challenges and learning moments involved with her new job, she hasn’t been feeling that she’s been on her A-game. Meditation has been helpful in getting her to feel balanced even when the world around her isn’t. It also helps her to grasp ideas and get a hold of what’s going on around her.

She also practices intermittent fasting because it teaches her self-control and helps her mind.

Jana is really trying to work on her brain because she wants to be able to think things through in a proper manner rather than from the base of an emotional outbreak when things happen.  When things happen, she thinks about what she can learn from it, and what she can be grateful for.

What’s on the horizon for Jana?

Jana is very excited about her new job. She gets a bigger footprint in healthcare and her work involves building a bridge between healthcare and the social determinants of health.

The other thing she’s passionate about is helping women. She loves the aspect of public speaking, and if she can help just one woman grow personally and professionally, that excites her.

Keep moving and learning. Ultimately, it isn’t about going into a room and being perfect. It’s about going into a room and trying it once, and then going back into that room and trying again, and again. Each time you take action steps, it’s going to build your confidence and give you the experience to get you to where you want to be. It’s not about trying something once, but about repeating that effort and learning along the way.

Do you have any questions for me or Jana? Please share them in the comments section below this post or in The Productive Woman Community Facebook group, or send me an email.

Jana C. Arellano is a healthcare professional with over 15 years in Radiation Oncology. She transitioned into management after completing her MBA, where she found herself completely unprepared for leadership. Her first few years were a struggle because of her communication and leadership style. During this time, she found herself divorced and having to rebuild her life. She joined a speaking group and refocused her life. The bridge of her public speaking and relationships with women, she created her organization “Her Move Now” as a platform for women to learn from the experiences of other women, build relationships and confidence to make their next move.

Jana currently holds a position as Administrative Director for a healthcare organization. She is a Co-treasurer for the Greater Hispanic Chamber of Commerce and serves in several positions for the local Toastmasters organization. She is a mom to 3 children and a grandmother to two beautiful girls. She’s completing her second Master’s Degree in Healthcare Informatics and is on a mission to build her organization to help women find their voice and confidence.

Thank you to our sponsor UCI for helping me bring content to you at no charge. The University of California Irvine Division of Continuing Education is here to help us achieve goals that involve additional education. They offer 60 convenient certificates and specialized studies programs on campus and online in a wide range of categories from business to IT, healthcare, finance, and law. Fall quarter is coming up and registration is open! Visit ce.uci.edu/TPW to learn more. Enter TPW for 15% off one course.