It’s not unusual to face obstacles in the pursuit of our dreams or goals. But how many of those obstacles do we create ourselves? In this episode, I examine some of the lies we tell ourselves and offer a few suggestions for counteracting the lies to help you accomplish your goals, no matter how big or difficult they may be. 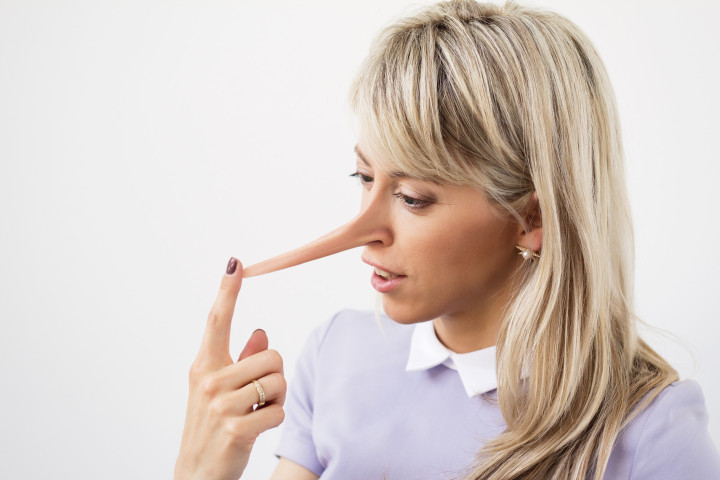 The Lies We Tell Ourselves – Barriers to Progress . . . and Productivity

Living a productive life and achieving your goals don’t have an age limit. I went back to school in my 30s, after being married and having children.

These women haven’t let a number hold them back, either:

If you’ve ever thought, “I can’t go for this job or this achievement because I haven’t lived long enough,” or you feel you’re not ready for something because you’re too young, take a look at what these women have accomplished at young ages:

Consider carefully what you want to do or what you are called to do, and if you feel too young to do it, it may be a lie you (or other people) are telling yourself.

3. I missed my opportunity

Regret is easily one of the most potent emotions that can cloud our ability to look toward the future. But it doesn’t have to stop you from realizing your dream that hasn’t come to fruition yet.

You might tell yourself, “I don’t have enough time to write a book or practice tennis or start this business or ministry or foundation.” But everything we talk about on The Productive Woman is about managing our lives to make sure we have the time and energy we need to accomplish what matters most.

It might require choices or saying “no” to some good opportunities to create the time, space, and energy to do the best things.

One of my goals for next year is to find guests to to talk about ways we cab manage our money better and getting the resources we need.

Do you dismiss your dreams because you feel there’s no point in trying because it’ll take too long? Does the thought of being a certain age when you finish seem daunting? It’s common to feel overwhelmed by the process of doing what we want to do, but here are some things to consider:

You can listen to The Productive Woman episode 60 for more information about Planning a Project.

An inspiring example of this is Nola Ochs, who became the oldest college graduate at age 95.

She took her first college class at 1930, then raised four sons on family farm, then after her husband died in 1972, she went back and took another college class, followed by another, then another and so on.

Just because it takes “too long” doesn’t mean it’s not worth it.

It’s true that talent matters, but so does hard work–maybe even more so. It’s very rare to find people who have a natural talent AND a willingness to work hard. That gives those of us mere mortals a shot at great success!

My suggestion is to continue to develop your skills and work ethic.

8. It shouldn’t be this hard

It’s easy to get discouraged and think if something is meant to be, it should just happen or if I have to work this hard, I must not have what it takes.

I was terrified of what people would think if I started a podcast, but I had to keep in mind most people probably aren’t paying attention to what I’m doing because they’re trying to figure out their own lives.

You probably wouldn’t worry about what people think of you if you could know how seldom they do.” ~ Olin Miller

The first time going to a gym to workout, I thought everyone would look at me and notice how awkward and old and uncoordinated I am. It took me almost no time at all to realize that no one was looking at me; they were all busy doing their own thing.

The people who love you will support you in pursuing your goals. Those who don’t support you, well . . . their opinions don’t matter.

We need to learn to worry less about what others think. We don’t want these lies to control us.

How do you counter the lies?

Simply put — with the truth.

Do any of these lies sound familiar? Have you heard them (or others) in your head? How do you counteract them? Do you have ways to get past the discouragement to accomplish your dreams? Please share your questions, comments, and suggestions in the comments section below or on The Productive Woman’s Facebook page, or email me.